Back when I lived in Hollywood, I was staring at one of the blue walls and thought, "I bet Mario would look good on there." So, I started making quick drawings and using sprites to make digital plans for our wall. I wanted the mural to be mostly pixel-based, and include some of the more memorable elements from the Mario series, including the Tanooki suit, Lakitu, Pirana Plant, and Boot Goomba.

After I finished the Mario wall, I looked over to the darker blue canvas to the left of the wall, and definitely wanted to add one of my favorite characters, Mega Man. Once again, I mocked up some sprites in a scene for the mural. I really wanted to get the Dragon from Mega Man 2 on the wall, and started drawing out the pixel blocks for it. You may have noticed there isn't a dragon in the Mega Man mural...and that is because I started drawing it too high, and his neck and head would have been on the ceiling! I abandoned the Dragon idea, put in one of my more memorable robot bosses, Quick Man (I love boomerangs), added a Met hard hat enemy about to clash with Beat the bird, and set the battle on a rooftop similar to the Mega Man 2 intro.

The painting bug was in full force and I ended up adding a Dig Dug vs. Bubble Bobble scene on top of the front door, and then a Pac-Man and Mrs. Pac-Man scene around the hallway doorway.

For my final mural, I decided that the Legend of Zelda needed to be in my apartment life. I thought of some of the more memorable elements of the NES Zelda series, and fighting yourself/Shadow Link stood out. Since this came from Zelda 2 (a game that I super appreciated and enjoyed) I added sleeping Princess Zelda and the temple from the first scene of the game, along with a piece of Triforce. 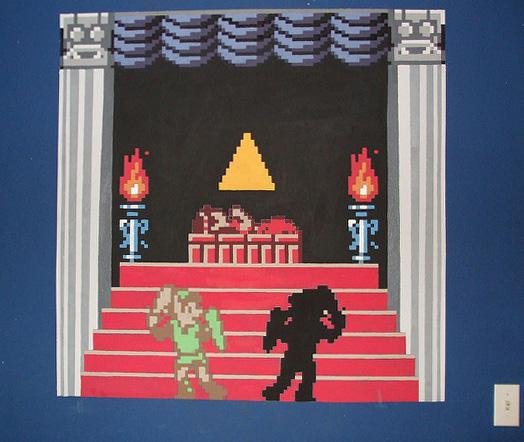 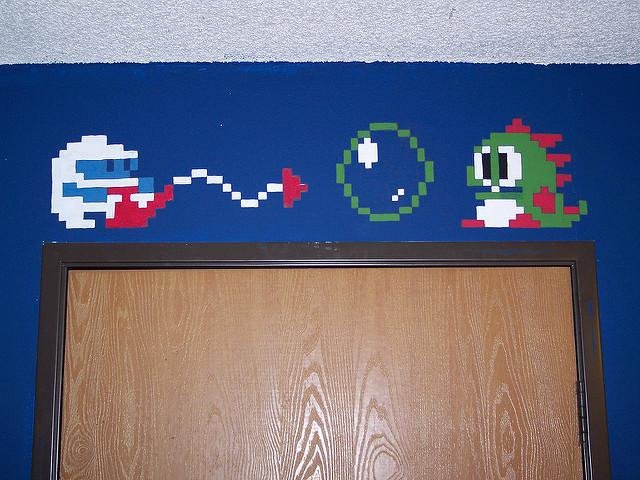 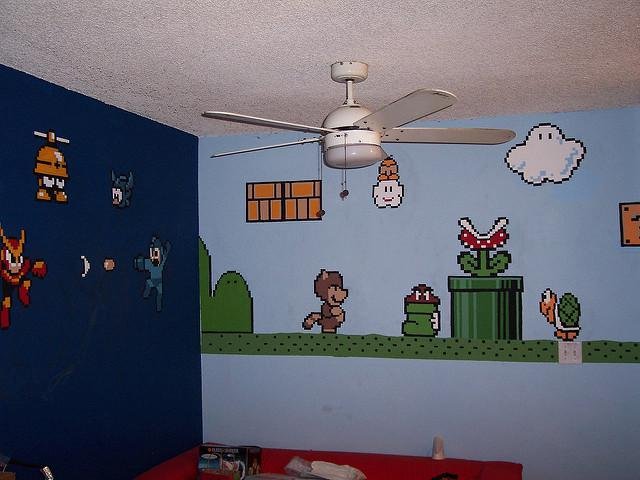 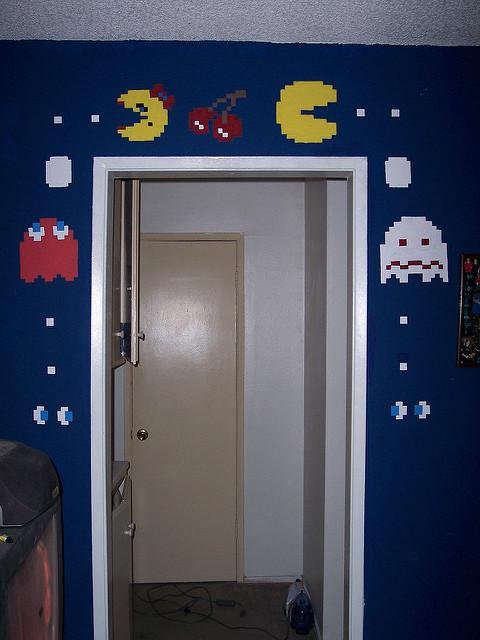 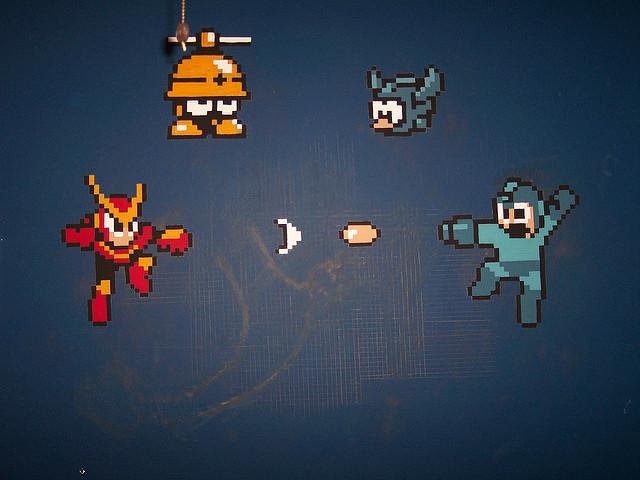